Professor Philippe Van Parijs from the Université catholique de Louvain is visiting the Centre for European Politics on the 1. November 2013. Here he will give the lecture: "No Euro-zone without a EU-dividend".
Philippe Van Parijs' point of view is that if the EU is to survive in the future it is necessary to create transnational transaction mechanisms within the EU. However, in the present time it is difficult to imagine that the nation states will hand over the right to impose taxes and the right to distribute transfer payments to the EU authorities. It is not realistic to imagine the creation of an entire new bureaucratic machine which can harmonize the different types of European welfare states.
Professor Van Parijs suggests that it is more realistic to imagine the creation of a EU-dividend which can pay the EU citizens unconditionally. A EU-dividend would be fairly easy to create and manage. However, first and foremost it would be possible to finance the EU-dividend through value added taxes (VAT) where a percentage of the VAT from every member state was transferred to the EU to finance the EU-dividend. The EU-dividend would thus replace the present systems of discounts on taxation and transfers. Also it would create a common minimum level of income. A common minimum level of income could be the starting point of a common base level of income high enough to prevent poverty and make it possible for all citizens to take an active part in society.
There is thus a lot of benefits with a EU-dividend. It would be an important solidary stabilisation mechanism for the entire Euro zone. Also it would be a simple, transparent and an unbureaucratic transfer mechanism and it would imply that all EU citizens would gain a direct relation and interest in the EU institutions.
Following Professor Van Parijs' lecture there will be a debate with Professor Ben Rosamond (CEP), Professor Emeritus Niels I, Meyer (DTU) and freelance journalist Kenneth Haar.
Indsendt af Karsten Lieberkind kl. 11.28 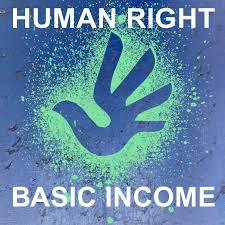